Irish Annie’s is a new musical comedy with a live band, set in an Irish bar of the same name, written by, and starring musician and performer Asa Murphy.

Asa has teamed up with theatre producer Bill Elms to tour the UK with a brand-new version of the show following its sell-out performances at Liverpool’s Epstein Theatre and St Helens Theatre Royal in March 2020/2022.

Irish Annie’s is a celebration of Irish culture, from the music to the comedy. Featuring a live 5-piece band Shenanigans and an additional cast of 5 actors/performers plus a special star guest at each performance. Meet landlady Annie and her regular madcap customers for a fun night out of comedy and music, featuring original tracks written for the show by Asa Murphy, along with your all-time favourite Irish tunes including Galway Shawl, Tell Me Ma, Dirty Old Town, Whiskey In The Jar, Danny Boy and many more.

The evening promises to have the audience laughing, singing, and dancing the night away. Singalong song sheets handed out to all attending. 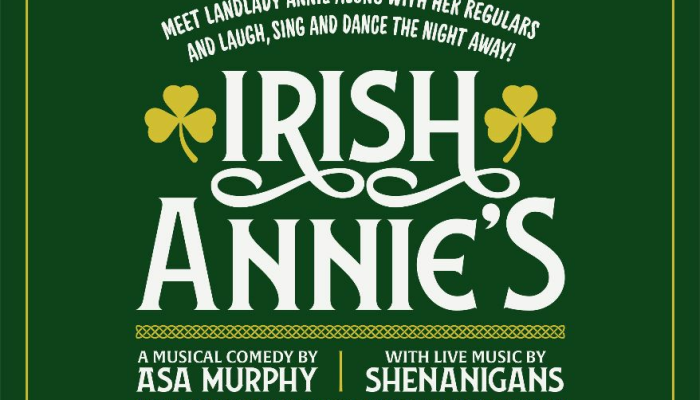