Buckle up for a comedy rollercoaster ride that will leave you breathless from laughter!

Jarred Christmas has had audiences around the world howling over his hysterical and relatable past experiences, all are punctuated by his quick wit and impeccable comic timing.

A sensational live performer, Yorkshire man, marathon runner and former (double award-winning) Time Out Comedian of the Year, Paul Tonkinson has long upheld his esteemed reputation as one of the finest stand-ups the UK has to offer.

Ninia Benjamin is a tour-de-force of comedy… she’s outrageously rude but above all sidesplittingly funny. Ninia was catapulted to stardom as one third of BBC2′s 3 Non-Blondes.

Mike Gunn’s history is as interesting and entertaining as his comedy. A misspent youth and a series of grim jobs cultivated his cynical outlook on life and a perverse desire led him to the world of stand-up. A self-confessed pessimist, he describes himself as “not a natural choice for a career in laughter” 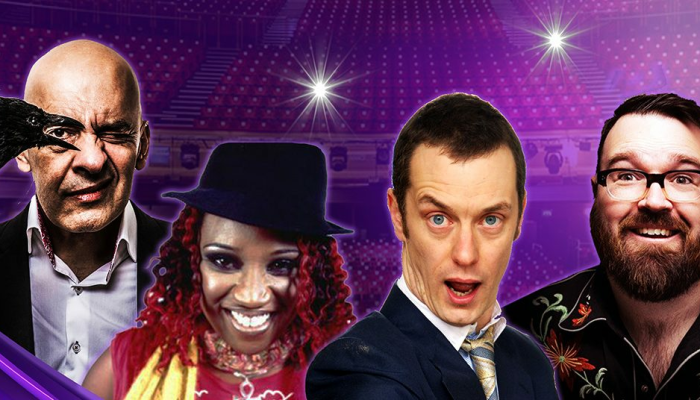