The wildly popular eight-freestyle and Contact panto returns and this season we present something a little different…a panto 80’s remix of Robin Hood!

It’s a fresh twist on the traditional, combining The Adventures of Robin Hood and the Babes in the Wood with an upbeat, sing-along, 80s panto playlist!

Eight-freestyle‘s Robin Hood is a story of courage, friendship and bad puns. There’ll be plenty of laughs along the way as Robin joins forces with Maid Marion to thwart the Sheriff of Nottingham’s evil plans to kidnap the young Babes. This is a show that has it all: adventure, action, laughs, music, magic and men with mullets!

Starring our regular cast of multi-talented, all-singing, all-dancing performers, it really is a treat for children of all ages…even grown-up ones. So if you are Holding Out for a Hero and believe in the Power of Love or think Girls Just Wanna Have Fun, then join our outlaw band in the magical Sherwood Forest for a panto guaranteed to hit the Bulls-eye every time! 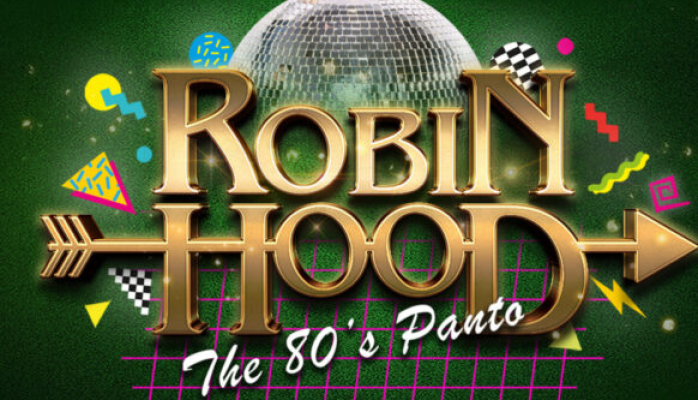