On a cold Victorian Christmas Eve, the miserable Ebenezer Scrooge is visited by the ghost of his dead business partner, Jacob Marley. With the supernatural aid of three Christmas Spirits, Marley warns Scrooge to repent his sins and atone for the suffering he has caused to others, or be doomed to a life full of bitterness, and a death full of regret.

Charles Dickens formed his views on poverty at age twelve, leaving school to work in a factory when his father was incarcerated in a debtor’s prison. Thanks to a growing interest in Christmas, Dickens was afforded the opportunity to write a classic tale of redemption, laced with his own moral viewpoint. In the process, he created characters synonymous with greed, regret and joy.

Our version of the play was originally rehearsed in a socially distanced manner, with our carol being recorded part-by-part and later merged together. From then on, rehearsals and recording were done over the internet during the lockdown period. All other sound effects and editing were done from home. 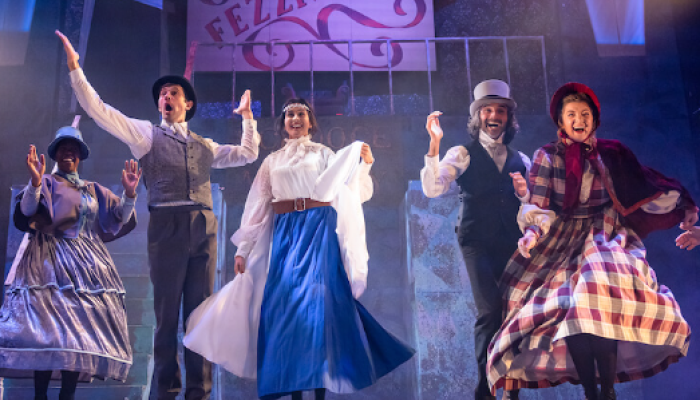 What's on in Salisbury