Review: Around The World In 80s Days 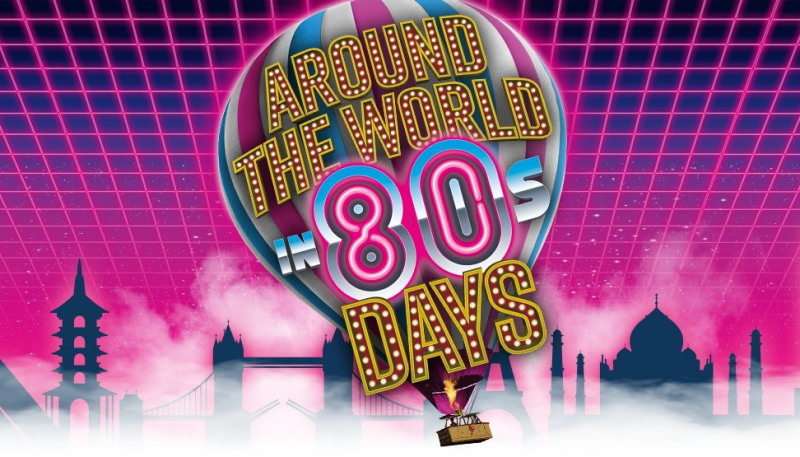 In all its 127-year history, Blackpool Grand Theatre has never, ever seen a performance as HUGE as this! We all know the best era is the 80s, with the big hair, groovy outfits and the evolution of punk, rock and funk music. Imagine a show that has all of that plus a heartfelt and comedic storyline - we know, you’re instantly hooked!

The musical comedy may be modelled, very loosely, on Jules Verne’s Victorian era novel, but then it borrows its music from 100 years later, hence the 80s Days of the title.

The storyline that hooks you from the beginning is as follows; a slightly quirky gentleman named Phil Fogg, who recently finds out he has been cut off from his family's wealth, sets out on his own mission to seek his own fortune. The adventure may have started out as a simple bet formed by a member of the Reform Club to circumnavigate the world in 80 days, but it soon turns into an escapade of self discovery. He is joined on his quest by Frenchman Passepartout, whose character contributes massively to the comedy aspect of the musical.

It’s safe to say that Phil encounters a few bumps in the road on his journey to riches, meeting (and falling in love with) archaeologist Akilah, and encountering evil villain Professor Gold. We don’t want to tell you too much about the show as we want you to go and see it for yourself, but believe us when we say it’s an incredible musical you just have to see!

The show is packed with all those feel-good hit songs from the 80s. Some of our favourites - and we guarantee your favourites too include; Respectable, You Spin Me Round, Eye of the Tiger and Come on Eileen.

Around The World In 80 Days is fast- paced and it is hard to believe there is a cast of just 6 playing the many roles. The music may be pre-recorded—and some of the jokes pre-history—but this is a show that wears its lo-fi credentials on its sleeve, and the audience lap it up.

It is very entertaining and a must for anyone with a love of 80s music. We strongly recommend a visit to the beautiful Grand Theatre Blackpool where the front-of-house staff are always welcoming and helpful. Shows like this could make a world of difference to summer season entertainment.

Around The World In 80s Days is currently running at Grand Theatre Blackpool until 5th November 2021. Get tickets here. 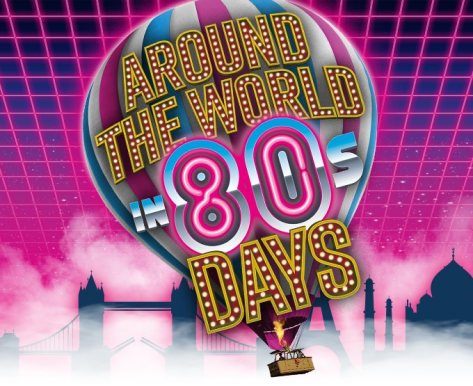