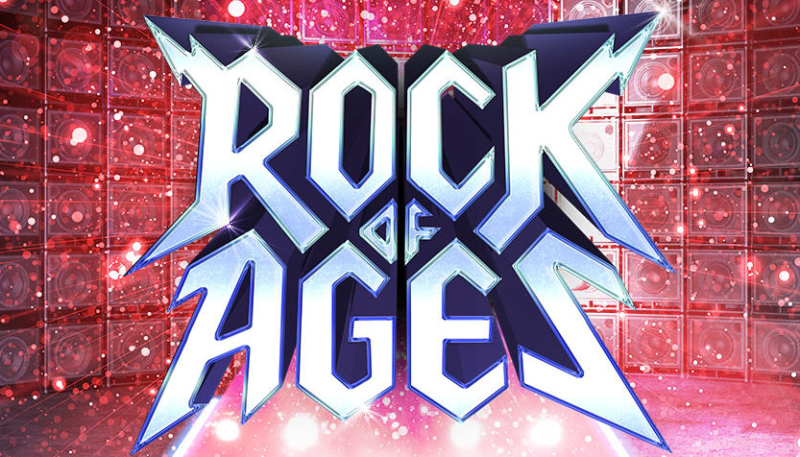 Comedy, raunchiness, nostalgia – what more could you want in an 80s rock musical?

Built around classic rock songs of the 1980s, anyone who has seen a production of Rock of Ages (or, in fact, the 2012 film adaptation), knows exactly what the tone is. Trust us when we say; the 2019 Met Gala, where the theme was ‘camp’ has nothing on this show.

Combining a romantic storyline with all the best 80s rock hits you’ve ever heard in true jukebox style, accompanied with sensational vocals, this fantastic, feel-good musical will absolutely rock your socks off! 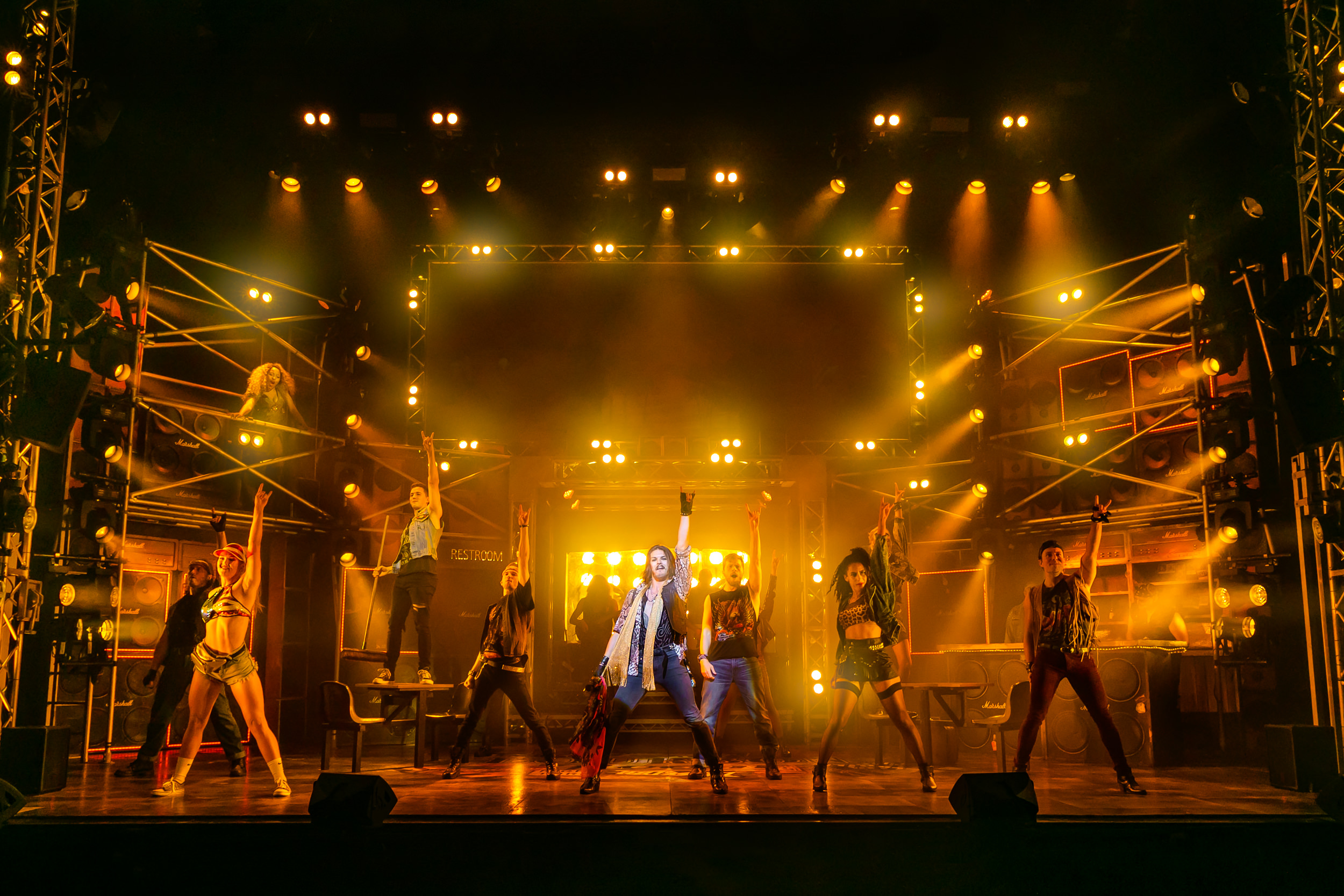 The musical centres around the meeting of small-town sweetheart Sherrie, with big dreams of making it as an actress in LA, and Drew, also trying to make it with his rock band. We see their relationship hit the rocks continuously throughout the show, as they face the effects of friend-zoning, following their dreams and love-rival rock stars like Stacee Jaxx, whose interests are focused upon making his ego bigger no matter who he hurts in the process, much to the disappointment of Sherrie. With the beloved home of Rock and Roll, The Bourbon Room, being threatened with destruction, the audience is reassured that the rockers will do everything they can to save it, keeping the spirit of rock music alive. 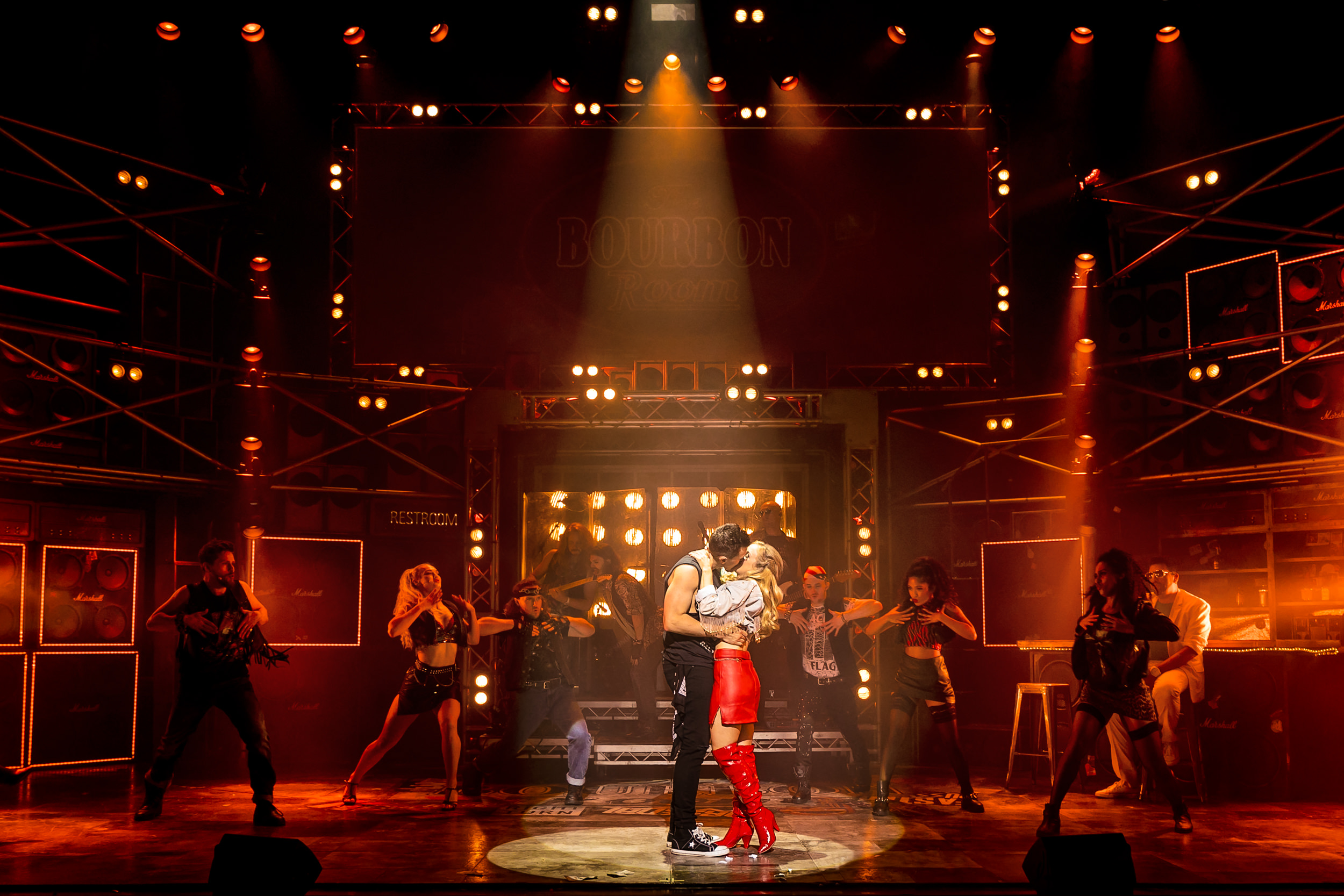 Underscoring the action is narrator Lonny who is self-aware of the love story arc, where all ends are loose as the curtain falls at the end of Act One, to be neatly tied up by the show’s finale. The character really makes the show what it is – a comical, sexy, electric night out. Lonny himself acknowledged this as Act One drew to a close; he hunched across the stage, clutching his back in what looked like convincing pain, only for him to proudly exclaim that he was “carrying the weight of the show on his back”. Every time he graced the stage, he had the audience in a barrel of laughs. 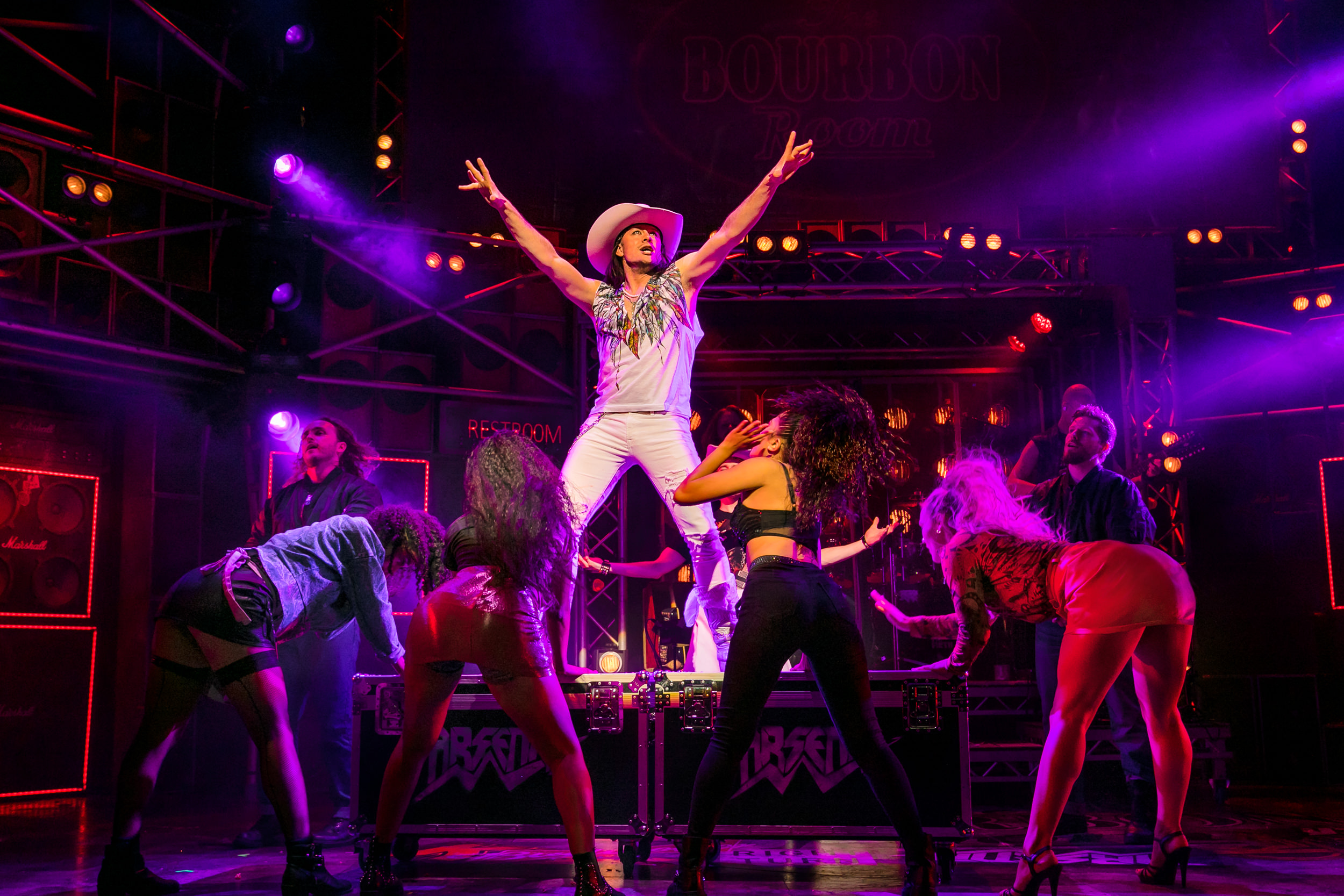 You could not look down for a second without missing a moment encrusted with irony or an innuendo. In fact, one of the biggest laughs and highlights of the night was the scene where Lonny and another main character Dennis (owner of the famous Bourbon Room) duetted Can’t Fight This Feeling, which thanks to their comedic cues and belting voices, had the audience cracking up for so long that the two brilliant actors playing the characters even cracked up laughing themselves!

Humour was embedded into the writing and performance throughout the musical’s entirety, much to the audience’s delight. The comically steamy scenes, filled with humour of a sexual nature, made the show a late-night must-see for an adult audience. 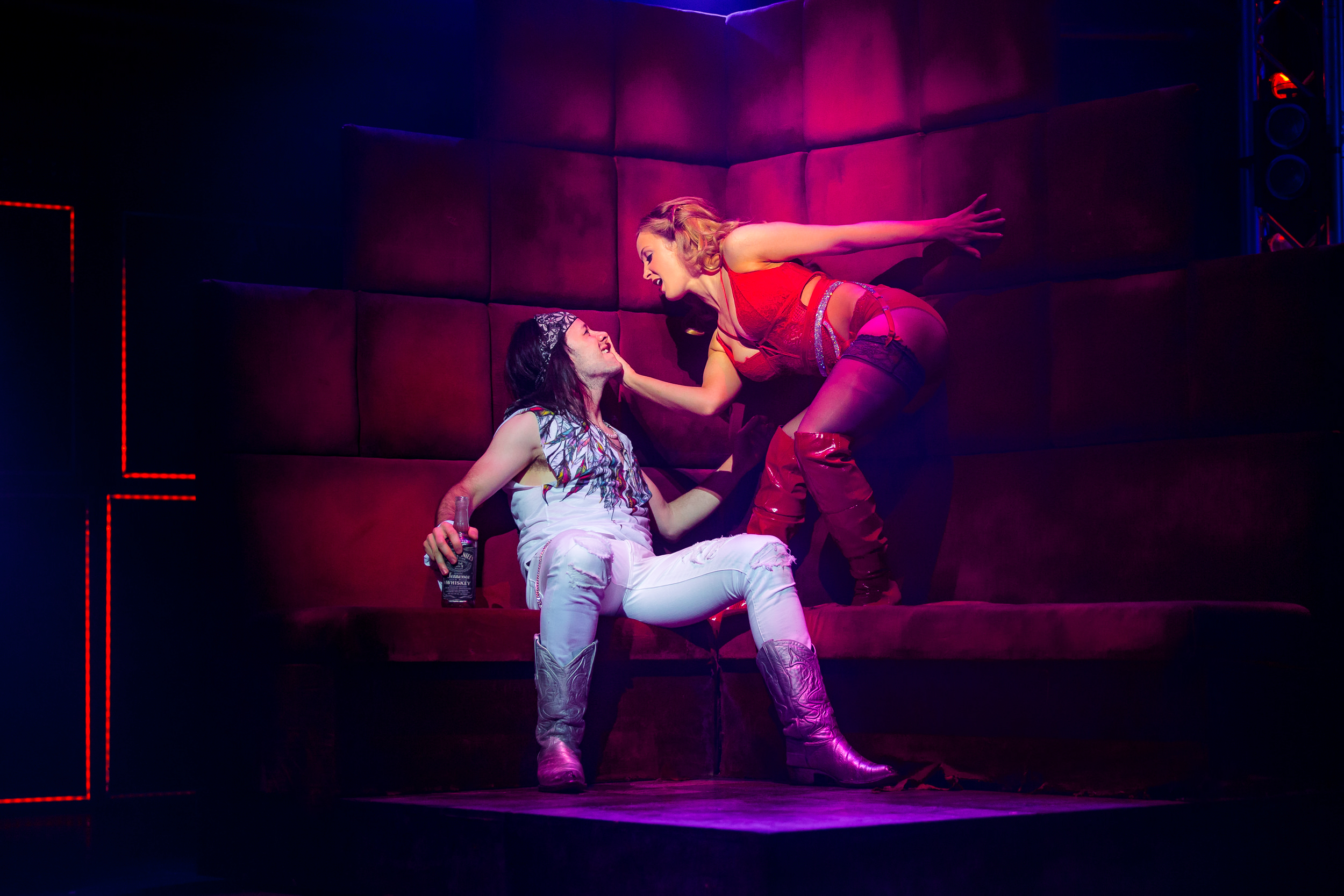 Plot and humour aside, credit has to be given to the props and costume department for really making us believe that we had stepped into the world of an 80’s rocker. In fact, the use of props and costumes was so creative – think hilarious llama costumes and tiny motorbikes – that the comical elements of the musical extended much further than the plot alone.

As the finale approached, and the storyline came full circle, with the Bourbon Room being saved - thanks to some rocking’ protesting, and Sherrie and Drew living happily ever after, the show ended with a bang! The final song ‘Don’t Stop Believing’ tied everything nicely together, and we left The Manchester Opera House with hands that ached from clapping, and teary eyes thanks to being touched by the sentimental speech by the cast at the end of the show thanking the audience for allowing the cast to perform once again.

After the eighteen months we have just had, Rock of Ages gave us the perfect chance to let loose and have a great time.

Rock of Ages is still touring the UK. You can purchase tickets here. 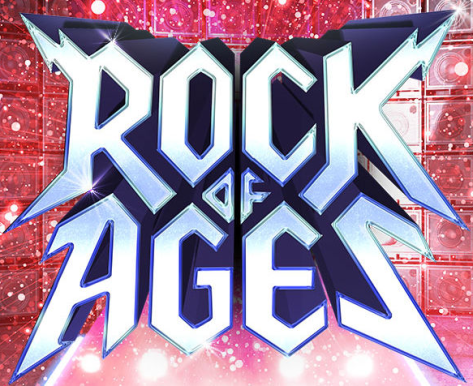