Did School of Rock: The Musical stick it to the man in Manchester? 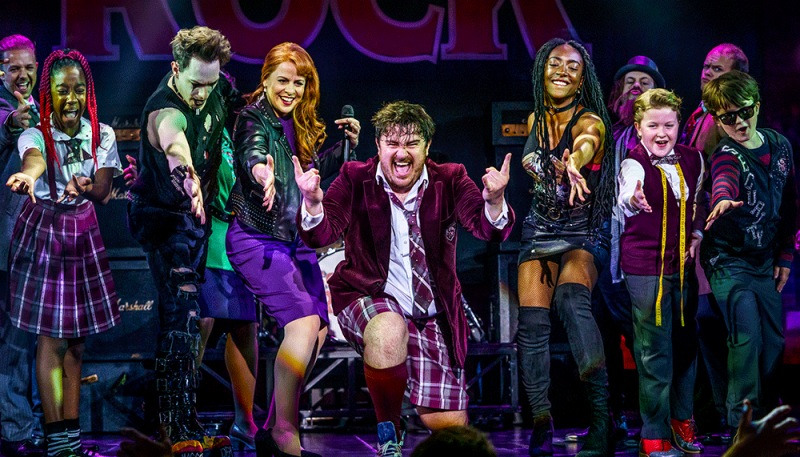 Get ready to stick it to the man Manchester, because Andrew Lloyd Webber's West End and Broadway hit musical School of Rock is currently showing at The Palace Theatre!

We had the pleasure of rocking out last night to the musical phenomenon that is School of Rock: The Musical at the Palace Theatre Manchester!

A feel-good, rockstar of a musical that is perfect for all the family!

We can all agree that School of Rock, the iconic movie, brought out the rock god in us all and enraptured a generation of children and adults alike. We all wished we had a cool teacher like Mr Schneebly.

So, it was big boots to fill when School of Rock: The Musical appeared in 2015, under musical titan Andrew Lloyd Webber, with its cast of kids and grown-ups, and now at the Palace Theatre Manchester until January 15th 2022! The cast and crew may have changed over the years, but the passion, love and admiration for this sensational production shines brighter than ever! 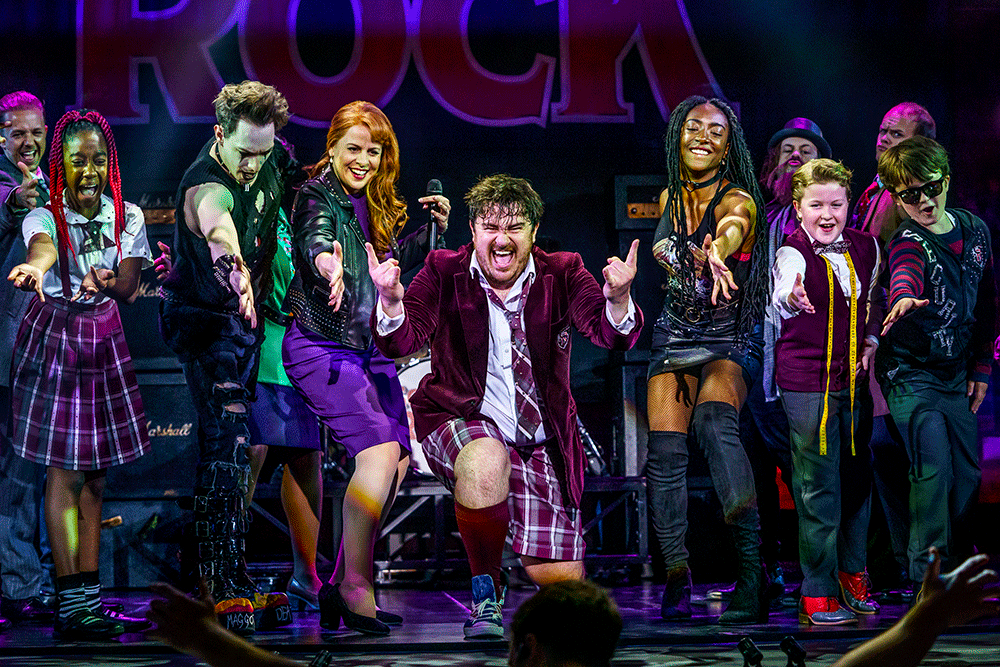 If you haven't watched the film of the same name starring Jack Black then the story follows an amateur musician who just can’t seem to make it big in showbusiness. The never-has-been impersonates his roommate and becomes a substitute teacher where he meets a class of talented musicians. He enlists them into a huge music competition with the hopes of winning the big cash prize. Of course, his false persona is soon discovered and all hell breaks loose. Will the kids get to compete in the competition? Does Dewey Finn win the cash prize? You’ll have to watch the film to find out – or better yet, go and see the musical at the Palace Theatre in Manchester whilst you still can!

The cast of incredibly talented kid performers made the show what it is – a masterpiece of pure rock! Combining humour, rock’n’roll, and an underlying heart-felt message of determination and never giving up, this production is a rockin’ good time! 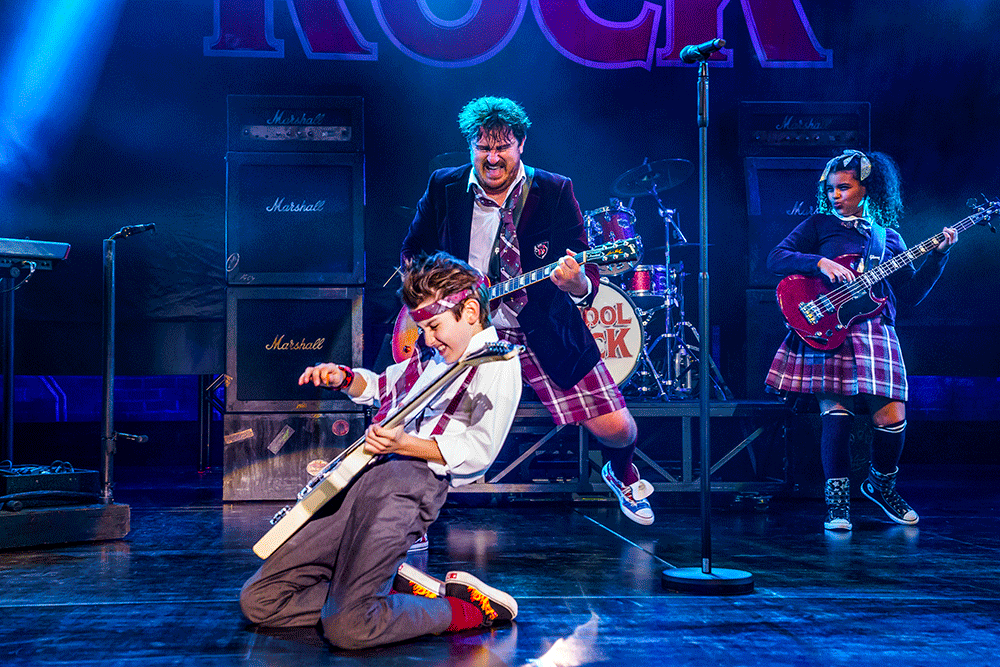 A special mention has to go to Alex Tomkins who played lead character Dewey Finn. His quirky and humorous personality brought the character to life on stage! A huge applause once again goes to all of the kid stars of the show who absolutely nailed it! It was truly impressive to see such a group of utterly talented kids not only play instruments to perfection but also do it whilst remembering all of their lines on stage!

As for the set, the book-lined corridors and school uniforms were a world away from the inventively dark and dingy sets of the rock underworld. 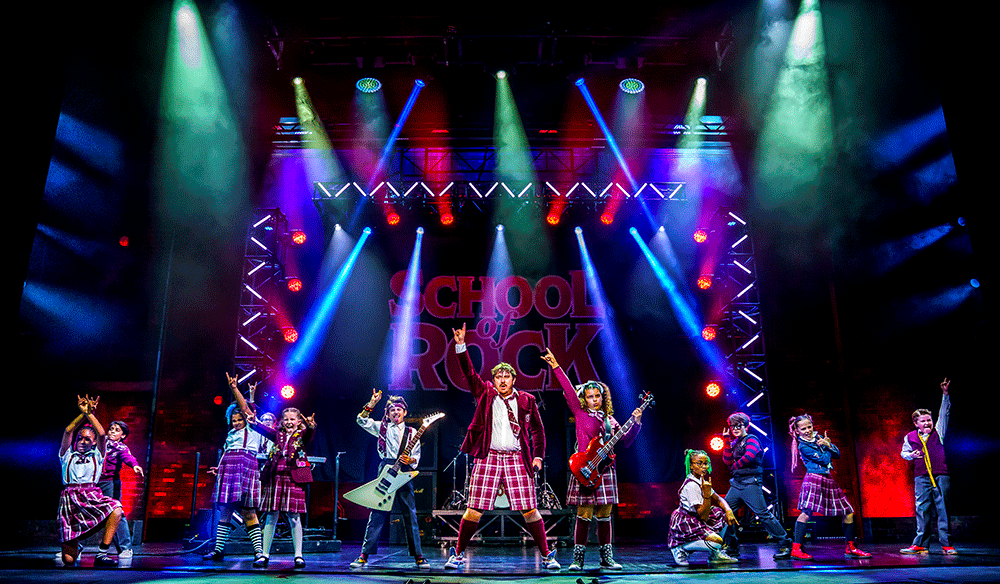 We walked out on a high after two hours of full-on family fun. From catchy tunes, a great comedic script (hoots of laughter from the junior audience members), and dazzling performances; School of Rock: The Musical gave us everything we could have asked for.

School of Rock: The Musical is showing at the Palace Theatre Manchester until 15th January 2022. You can book tickets here. 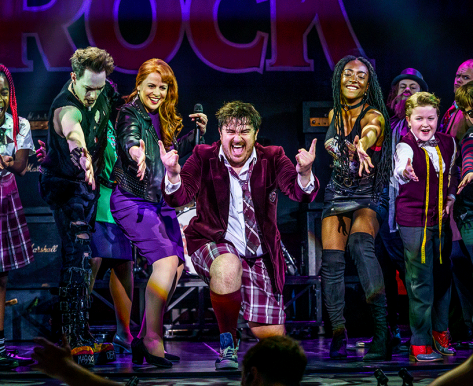