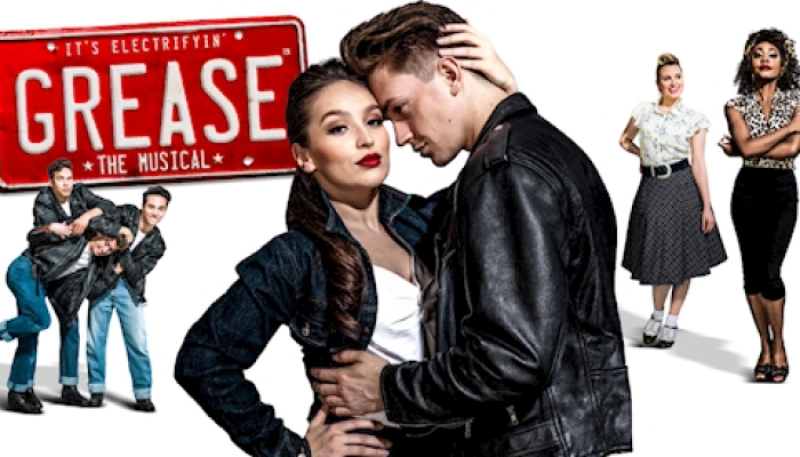 “Grease” is most definitely the word at Manchester Opera House this October and as a young and devilishly handsome John Travolta once sang “I’ve got chills”.

When you think Grease, you automatically think of the legendary romantic comedy film adaptation that stole the hearts of the nation when it premiered in 1978. Starring a young John Travolta and Olivia Newton-John, Grease is just as well-known and well-loved today as it was all those decades ago! Grease was a huge success becoming the highest-grossing musical ever at the time, and it’s success also yielded a soundtrack album which became the second-best-selling album of the year in 1978 behind Saturday Night Fever.

The most recent UK tour of Grease is a fresh, and at times unfamiliar imagining of a musical, that is as iconic as it is adored. Starring Peter Andre, we’re right back to the U.S highschool every British teenager wanted to go to - Rydell High. More than four decades after the film hit the big screen, The Pink Ladies, the Burger Palace Boys (aka the T-Bird), and of course Danny and Sandy are at the Opera House Manchester to delight audiences with high-energy choreography, sensational vocals and incredible costumes - whilst they tell the iconic love story of when Danny met Sandy.

We all know the storyline of Grease, so we won’t bore you with a play-by-play of the entire musical; however we will highlight some of our favourite moments of the show! Directed by Nikolai Foster and expertly choreographed by former Strictly Come Dancing judge Arlene Phillips, one of our favourite moments was the very beginning when everyone was instantly in high-spirits during the opening bars of Grease Is The Word. The high-energy, intense and heart-pumping opening scene set the tone for the rest of the show.

Another WOW moment was definitely Peter Andre as Vince Fontaine, his incredible and angelic voice captured the crowd's attention as soon as he started to sing. The talented singer’s husky voice kicks off the youngsters’ night out. Speaking of the students of Rydell High, we have to give applause to all of the main characters - and of course the actors that brought them to life on stage.

Marianna Neofitou makes an excellent Frenchy, in fact we don’t think anyone else could play her character as sensational as she does. She really captures the audience's hearts with her cute and innocent persona. Maeve Byre on the other hand is equally as sweet with her quirky personality bringing the loveable Jan to life.

Rizzo, played by Tendai Rinomhota is one of the only characters that is not the exact replica as the Rizzo we know and love. We all know - and expect Rizzo to be sassy, sarcastic and let's face it plain rude at times, however Tendai put her own unique twist on the character and made her more of a girly figure than a ‘bad girl’ edgy chic. She did manage to still portray Rizzo’s softer and more vulnerable side we all know she has later on in the show.

Of course we have to talk about Danny, played by Dan Partridge, who does a great job of the macho posturing and posing, his crew the perfect hotpot of hormones around him as they belt out Greased Lightning. It had all the ladies panting and a little flustered in the crowd.

Ellie Kingdon as Sandy showcases her vocal prowess too in a noticeably feistier version of Hopelessly Devoted To You. The actress was absolutely sensational in every sense of the word. Her innocent aroma in the beginning shone through and then the famous transformation scene, where she turns from innocent freshman to sexy. sultry biker chic is simply perfection.

Once again, the Burger Palace Boys, the Pink Ladies and the whole Rydell High students lit up the stage continuously throughout the show, and got the audience up dancing and singing their hearts out countless times, thanks to the rocking’ renditions of all the classic Grease hits including: “You’re The One That I Want”, “Look At Me, I’m Sandra Dee”, “Beauty School Drop Out”, “Grease Lightning” and many, many more.

It might be October but you wouldn’t think so from how the show ends, with the jubilant Manchester crowd crooning at full volume:“Those summer niiiiiiiights!”

If you want a feel-good show, it doesn’t get better than Grease The Musical. Which is still running at the Opera House Manchester until the 23rd October. 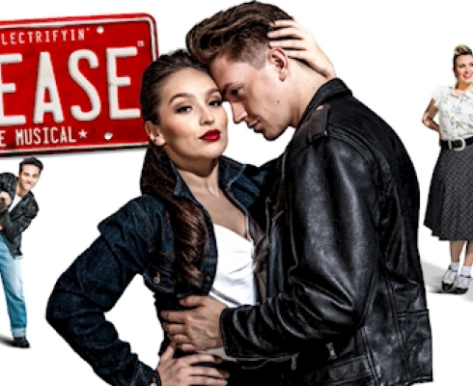