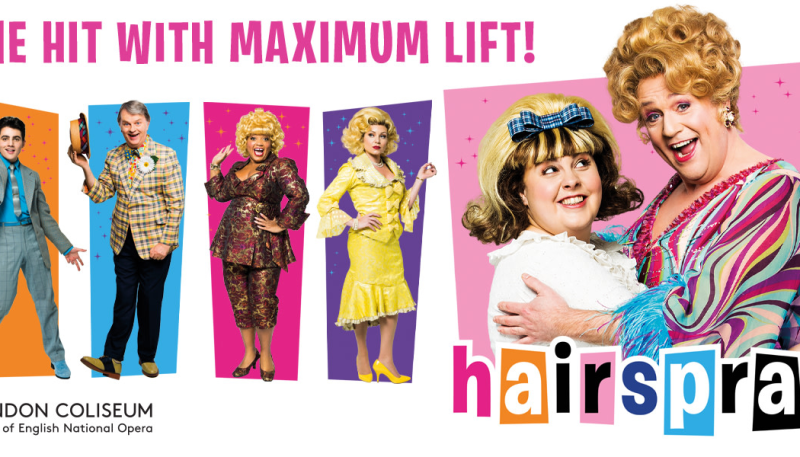 You can't stop an avalanche as it races down the hill... and you can't stop Hairspray the musical returning to the stage either!

Yesterday, Hairspray the Musical announced on their Twitter account the new West End dates and plans for a socially distanced run. The show will return to the London Coliseum from 22 June to 29 September 2021. And for the safety of every one involved the first four weeks of the season (22 June – 18 July) will play with social distancing and reduced capacity. 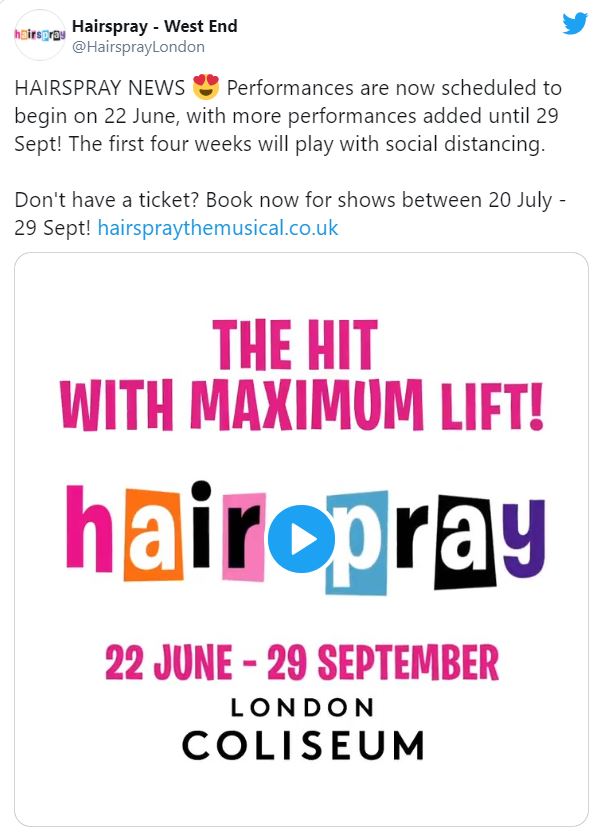 The show based on the 1988 film of the same name and is set in Baltimore, 1962. Tracy Turnblad is a big girl with big hair and big dreams. Can she make it on the local TV dance show, win the heart of teen heartthrob Link Larkin and bring everyone together – whatever their colour, size or hairdo? Well if you want a change, you’ve really got to shake things up!

The musical originally opened in 2002 on Broadway and won eight Tony Awards, with songs such as "You Can't Stop the Beat", "Big, Blonde and Beautiful" and "Good Morning Baltimore". With the original London production in 2008 winning four Olivier Awards.

This production is not to be missed!