Michael Bublé announces 2023 UK tour – Hot on the heels of a fantastic ‘A Night with Michael Bublé’ event we sold last year at Durham Cricket, Canadian singer Michael Bublé has announced dates for a 2023 UK tour. It’s the first time the multi-platinum-selling artist has announced plans for a nationwide arena tour in over four years, and since before the pandemic began!

Celebrating the release of his latest no.1 album ‘Higher’, Bublé will perform an array of new songs as well as some of the nation’s most-loved hits from years gone by. Starting off at London’s O2 Arena and ending at Birmingham’s Resorts World Arena, the musician will visit eight cities across the UK. 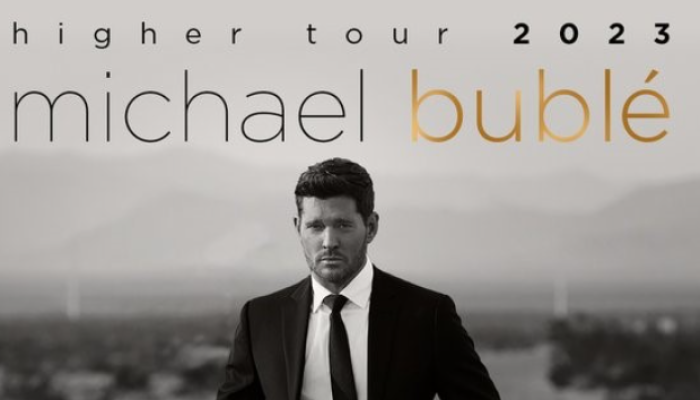