The beloved romcom with a live orchestra - Since its release in 2003, Love Actually has earned its status as a contemporary Christmas classic. Richard Curtis’ starry rom-com (Hugh Grant, Emma Thompson, Liam Neeson, Keira Knightley, Colin Firth, Laura Linney and Bill Nighy, to name but a few) captures the highs and lows of love for its myriad characters, all over a festive period of exceptional romantic turmoil. From Hugh Grant’s PM falling for Martine McCutcheon, to the heart-wrenching Christmas morning round Alan Rickman and Emma Thompson’s place, it’s a film that connected with millions around the world. Its influence has been wide-reaching and it’s become as much a staple of the season as It’s A Wonderful Life or Miracle On 34th Street.

Tying in with the film’s enduring popularity, a live concert tour was a natural progression. With a full orchestra performing Craig Armstrong’s score live to picture, the Love Actually Live In Concert tour was an instant success, playing sold-out shows around the UK each Christmas to rave reviews. 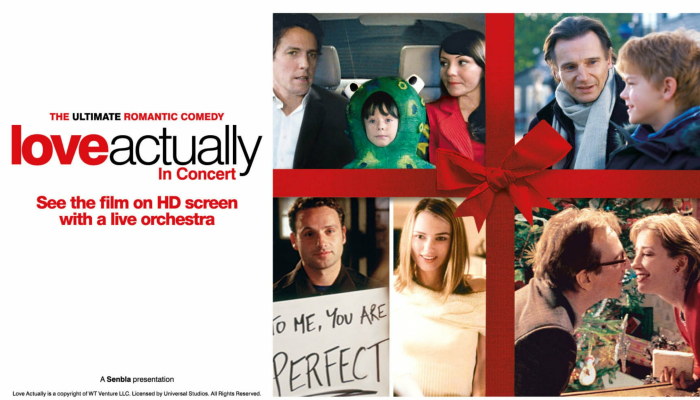 What's on in Liverpool